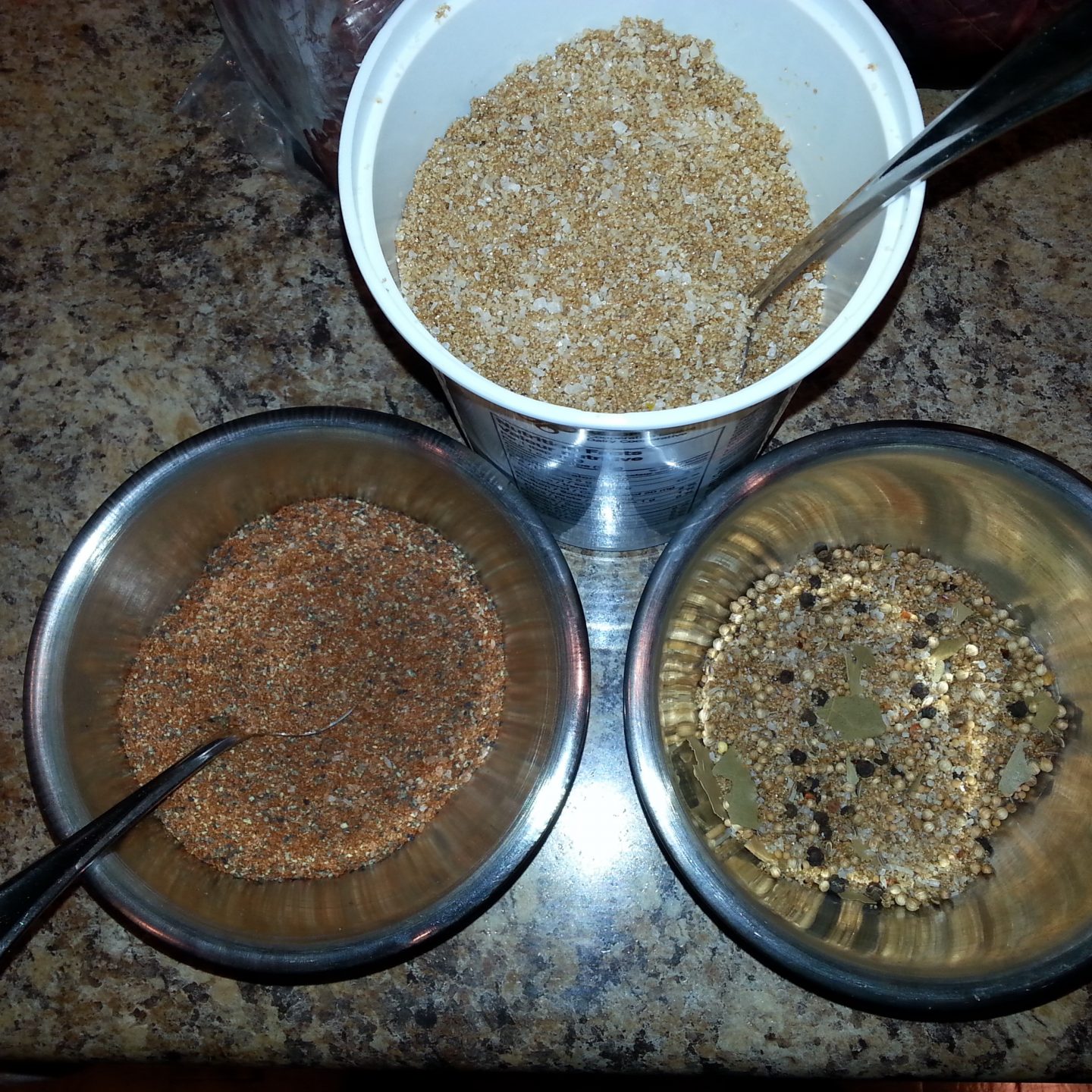 It’s honestly not much of a story, I just wanted to contrast the three.

This is about as simple as a brine gets. By weight it consists of

As a basic brine, this will serve pretty well. It’s got salt for the cure, sugar to help balance the saltiness and help the brining process, pinking salt to give the brined meat that unnatural pink color we all love… but more importantly, to keep bacterial growth to a minimum.

If you’re only brining for a few days, perhaps up to a week or two in the fridge, you’re probably okay to leave the pinking salt out. If you’re doing a longer brine — some recipes call for brining for months, and then months more hanging after that to develop — or cooking at a very low temperature that keeps the meat in the danger zone for a long time, you probably should include it.

This actually is not the entire mix here, some of it got used in the brines that follow. It’s a nice solid base that can take other flavors.

This is a simple corned beef brine, adapted from another recipe.

The recipe I started with actually uses more or less equal parts salt and brown sugar, I frankly forgot to adjust that. However, since I was working by weight and the original recipe was by volume, and brown sugar packs much tighter than kosher salt, it’s probably close enough.

I used just a commercial pickling spice, I didn’t bother mixing my own.

This is probably the most complex brine I have here today.

The garlic might seem a bit light compared to the others, but remember that it’ll be there for about a week. I’ll use equal parts paprika, salt, black pepper, and garlic for something I’m going to cook immediately, but for brining I don’t like that. I once made a rather pungent beef that was tasty but anti-social.